Antique Vehicles in the Museum 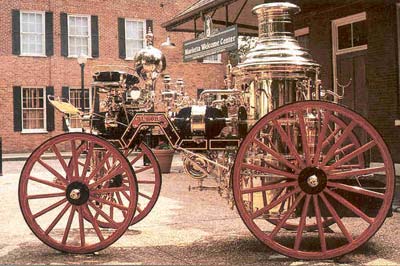 Silsby Steam-Powered Pumper
In 1879 the city of Marietta purchased a Silsby steam-powered pumper. It was the 655th steamer manufactured by the Silsby Manufacturing Company in Seneca Falls, NY, and one of only five still in existence. It's a 500-gallon pumper and can flow approximately two tons of water per minute. It served the city until 1921 when it was replaced by the 1921 American LaFrance pumper.

The steamer was named the "Aurora" by the local citizens. It was completely nickel-plated and is functional. 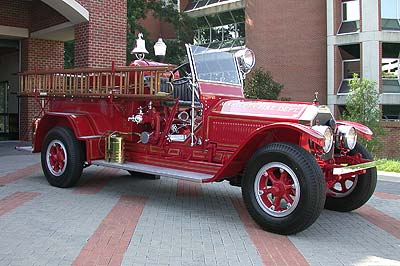 This fire engine replaced the horse-drawn Silsby steamer. It was designated as engine number two. It was one of the first motorized fire apparatus in north Georgia.

Interesting features of this truck include: 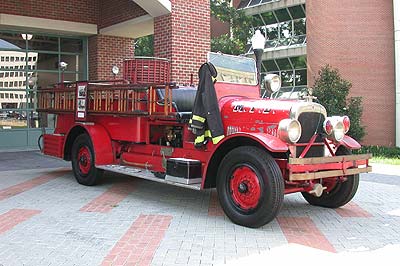 Old Engine Number One History
This pumper was placed in service in 1929 and designated as engine number one. It was placed into reserve status in 1952 and retired from active duty in 1959.

Old engine number one responded to the great Winecoff Hotel fire of 1947 in Atlanta. Marietta fire crews were requested to help battle the infamous blaze, which claimed 119 lives. 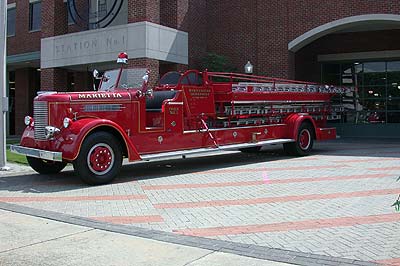 Ladder Number One
This truck was originally designated as ladder number one and was one of the longest-reaching ladders in north Georgia. Ladder number one was placed in service in 1949 and remained on active duty until 1984. It was last used on the United Plastics fire on November 1, 1981. 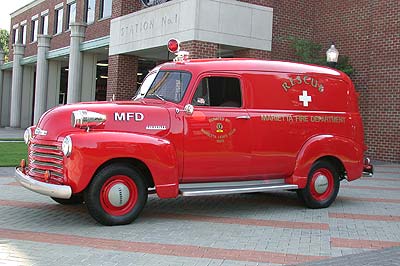 First Rescue Truck
This Chevrolet Panel truck was donated to the Marietta Fire Department in 1952 by the Marietta Lions Club and was placed in service as the first rescue truck in the city. It was used during the infamous Atherton Drug store explosion in 1962 and during the ice storm of 1972. It was refurbished by the Lions Club in the early 1990s. 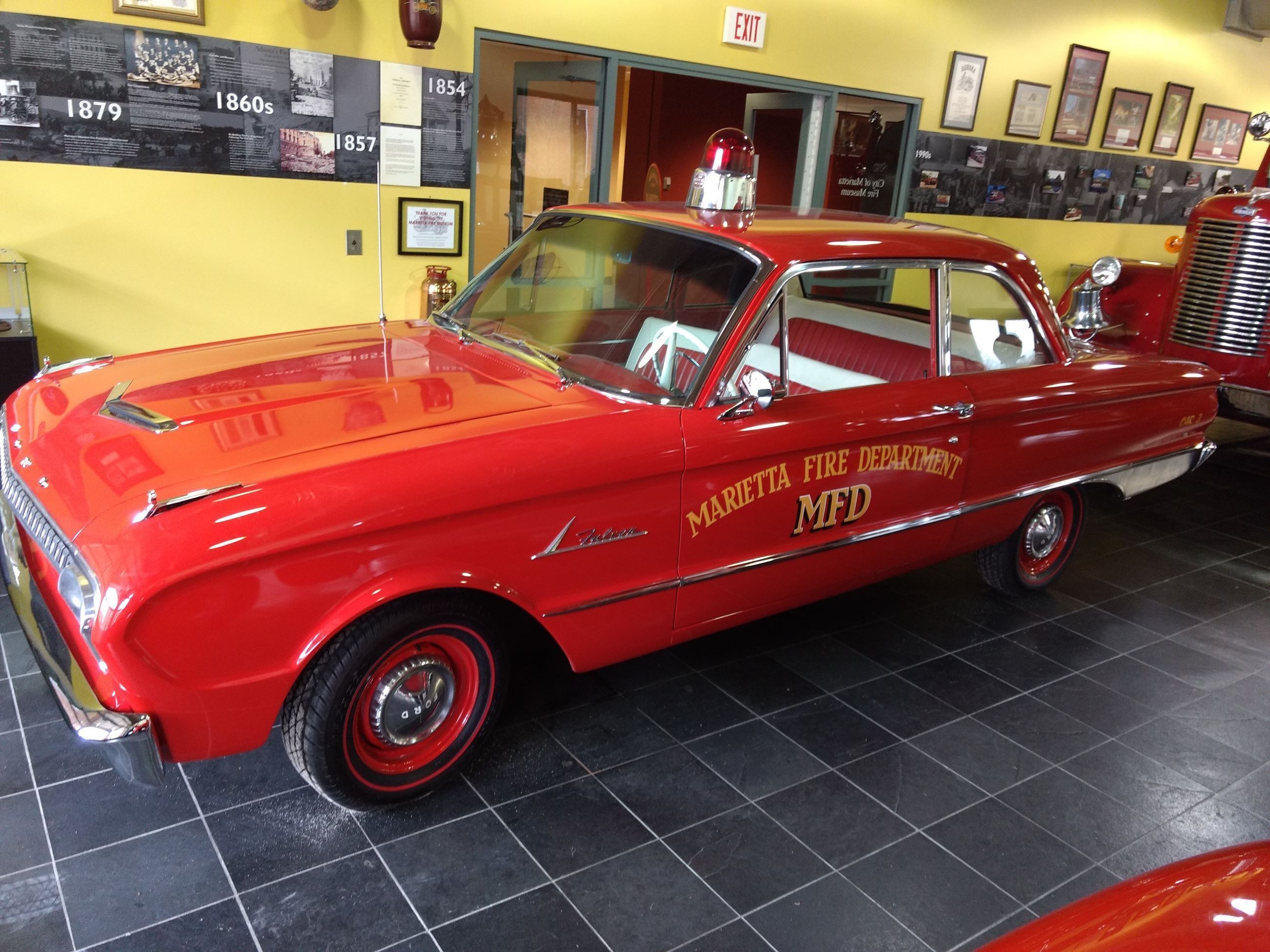 Back to the Museum page